Traditional Australian desserts range from cakes to ice creams, everything under the sun. They are famous all over the world because of their delicious flavor and eye-catching garnishing. The enlisted ones include all possible variations, from no-bake preparations to vegan items, merged with Australia’s culinary uniqueness. 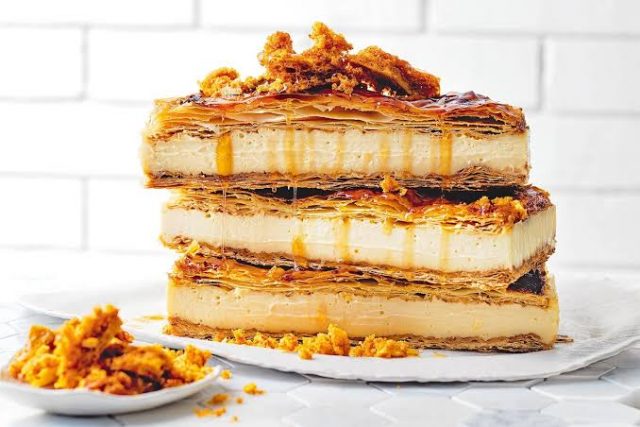 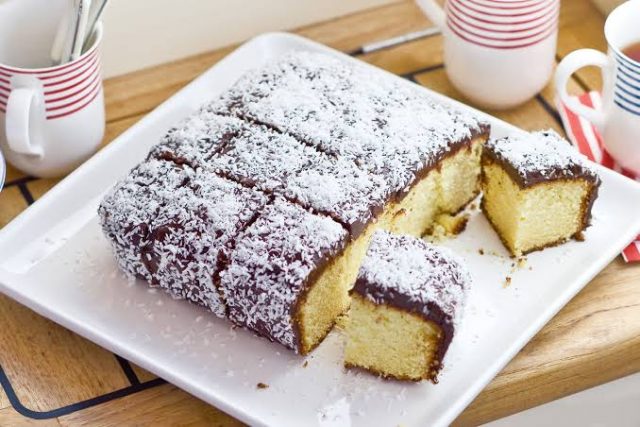 What is it: Small chocolate sauce coated square-shaped sponge cake with shredded coconut all over. Sometimes there could be either strawberry jam or cream in between two slices of lamingtons. It is often called “Lammos” and commonly consumed after a barbecue party. In 2006, 21st July was considered as the National Lamington Day.

The name of the preparation might have been given after the Governor of Queensland (1896-1901) Lord Lamington, or it could be his wife, lady Lamington. The cake was first mentioned in the newspaper in 1896, to describe the Lamington Function, organized in honor of the governor.

What does it taste like: The texture of the cake is spongy and there is a taste of butter, (if the main ingredient is butter cake instead of a sponge cake). The first thing that you will experience is the dissected coconut on the cake. Otherwise, it has a chocolaty flavor. 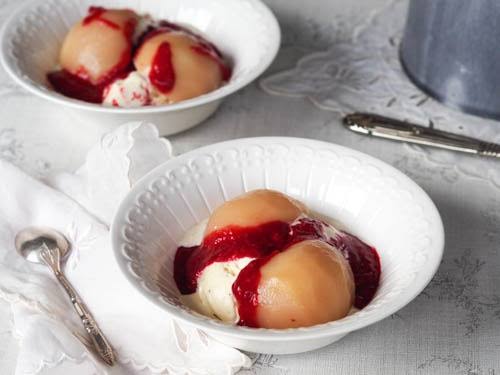 What is it: Inspired by the Australian opera singer (soprano) Nellie Melba, this includes raspberry sauce, vanilla, and peaches. As far as variations are concerned, all three major ingredients are replaced with apricots, pears, strawberries, and melted redcurrant jelly.

The dish was also prepared to honor the singer when she was performing in the Royal Opera House of London. It was a party on Duke of Orléans’ behalf and his French chef Auguste Escoffier made this dessert.  This is the dish that was served as the last ever dish served at the Spanish restaurant elBulli when it was finally closed for good. The entire thing was to honor the French chef, who is the father of the dish.

What does it taste like: Not only the flavors of raspberry and peach, but also the essence of vanilla takes an important part. Sometimes whipped cream is served on the item along with some crushed almonds to enhance the dessert. 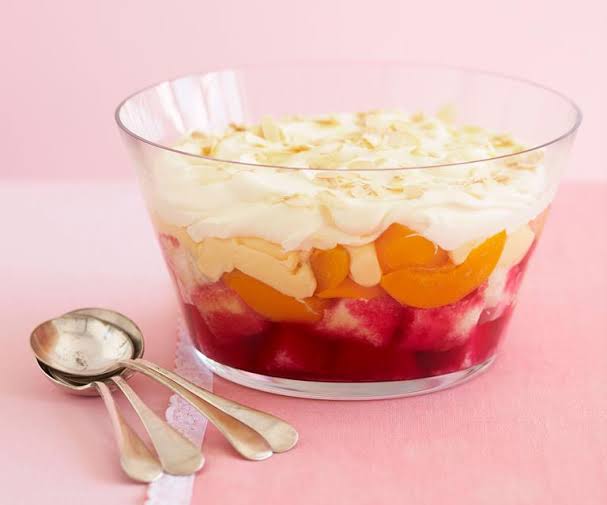 What is it: Just like any trifle, this is also a layer of cream, fruits, and sponge cakes. This is a classic preparation, surpassing the border of many countries and celebrating the essence of Christmas. Australia is no exception as the citizens enjoy a good dessert time any day with this colorful trifle.

What does it taste like: The fruity flavor of the trifle comes with a balanced taste of peaches and raspberries. The texture is somewhat jelly-like and sometimes creamy, depending on the layer.

4. Pavlova – The Classic Choice of Australia 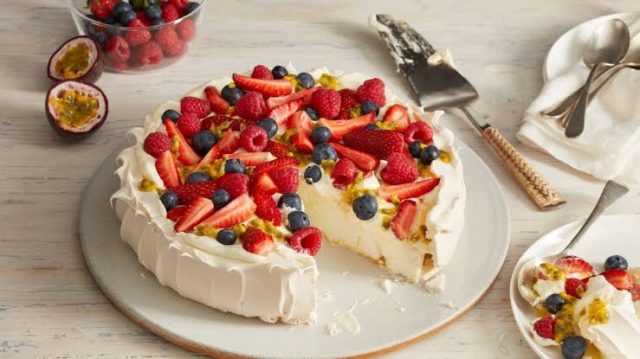 What is it: A round meringue preparation with a lot of fruits resulting into an attractive colorful appearance. This is named after the famous Ballerina from Russia, Anna Pavlova. It is popular in New Zealand, besides Australia.

One of the national museums of New Zealand, Te papa of Wellington, exhibited the largest pavlova of the world. It was made to commemorate the first birthday of the museum. The pavlova was named “Pavzilla”. This is also a Christmas favorite of Australian people.

What does it taste like: The soft crust is crispy and light. The selection of the fruits that are given atop determines the taste. 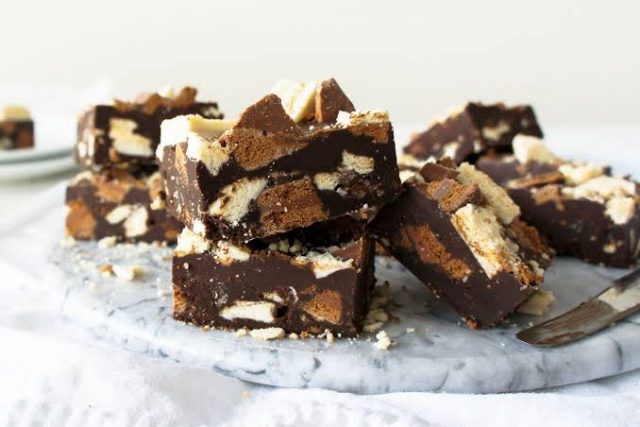 What is it: Often treated as a snack item, this is a small square-shaped chocolate bar. It might contain nuts, but there is no certainty. It alternative German names are “Kellerkuchen” meaning celler cake, “Kalte Schnauze” meaning cold snout or “Kalter Hund” meaning cold dog. Its Dutch name is “Arretjescake”.

What does it taste like: The chocolate icing is the first thing that one will have first, and then the soft and uncooked cake will melt in his/her tongue. 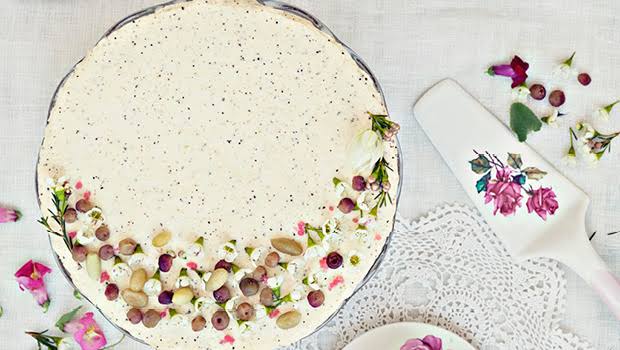 What is it: A fresh and delicious variation to the otherwise plain cheesecake, enhanced with Lemon myrtle leaves, cream cheese, coconut, and sweet biscuits. The surprising fact about this cake is that it does not require to be baked.

What does it taste like: The macadamia nuts are placed at the base, and the cake is soft. It is consumed chilled, and there is a mixture of gelatin that creates the texture that it has. 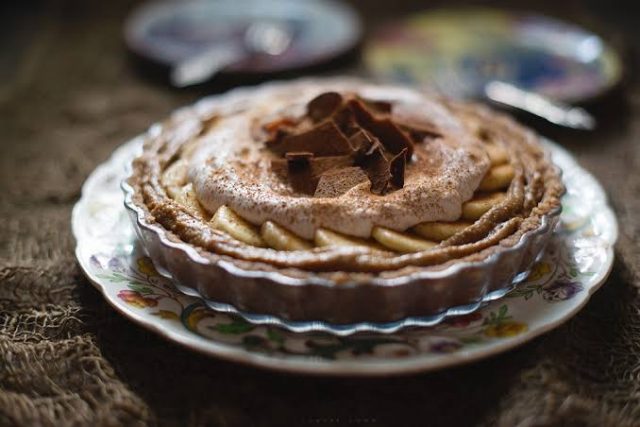 What is it: Prepared from biscuits, brown sugar, bananas, cream, and many more necessary ingredients, the pie is another example of a no-bake recipe. The appearance that it has is brown and white in combination.

What does it taste like: The caramelized pie seems soft at first, due to the creamy topping. Cocoa powder is also sprinkled on top. Overall it has a taste of condensed milk, melted chocolate along with a running sweetness. 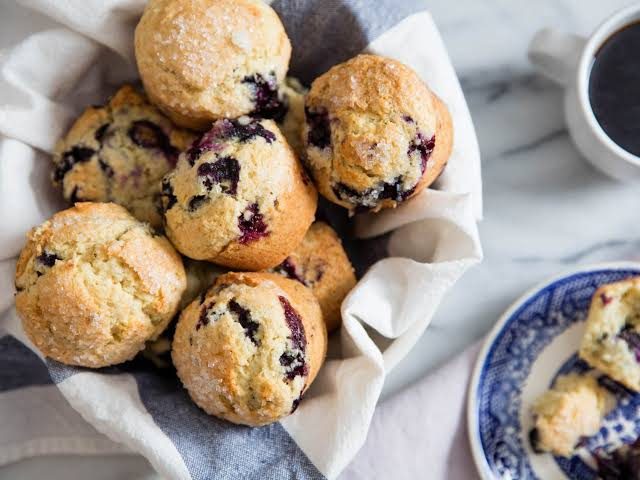 What is it: Golden muffins with blueberries as the main attraction. It is usually consumed during brunch parties or any other celebrations. The consistency or thickness is like any other muffin, but the filling is what makes it different.

What does it taste like: An itsy-bitsy taste of blueberries with every bite is assured. The rest of the part is what the combination of egg, milk, baking powder, and granulated sugar have done together. 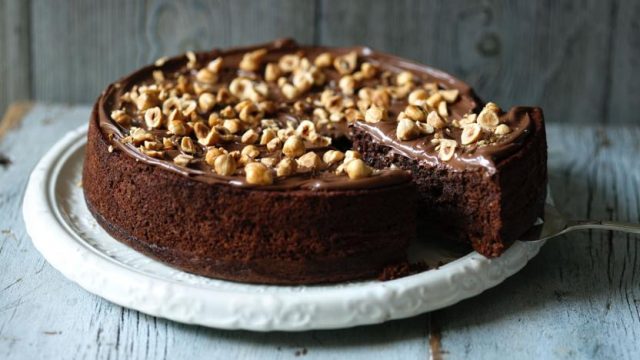 What is it: The gluten-free cake has nuts and chocolates in a perfect combination. This is a layered cake and inside this, there is another coat of hazelnuts. The dark brown cake has a chocolaty look, but that is not the clincher to its taste.

What does it taste like: Usually consumed at room temperatures, the cake has a chocolaty taste for sure. Apple cider vinegar and maple syrup make it even tastier. Moreover, the contribution of roasted hazelnuts is undeniable. 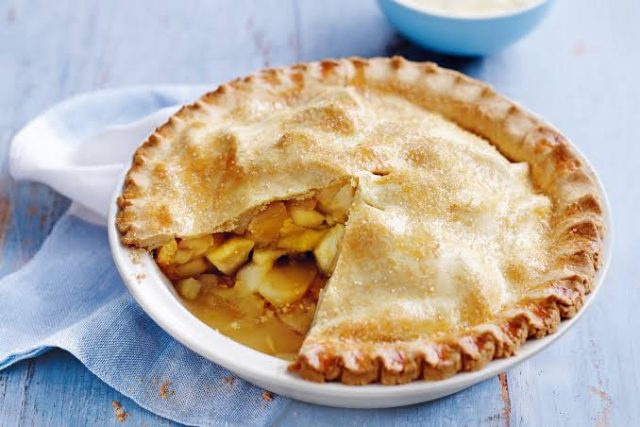 What is it: The traditional item has a filling of apple. Although the source of the dish is England, Australia has embraced it, like so many other countries like America, France, and the Netherlands. The exterior is golden brown, and the filling is tan. The look of the top of the pie depends, as there are various designs.

What does it taste like: The upper crust is crunchy, sometimes it is soft, but not so much. The filling, as mentioned, is dominantly apple flavored. The popular dish is widely eaten throughout the year, that even when fresh apples are not available, people make such pies with dried apples. 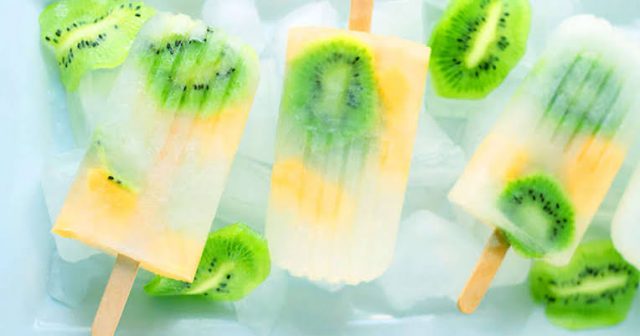 What does it taste like: It has a freshness of its own, due to kiwi and mango. The combination of green, orange, and white is soothing and easy on eyes. It melts quickly so crumbling away the fruits is a big challenge.

There are endless desserts that people in Australia actually prefer, and not all of them are possible to be mentioned at one go. The curated list is based on variety and popularity of the provided items. 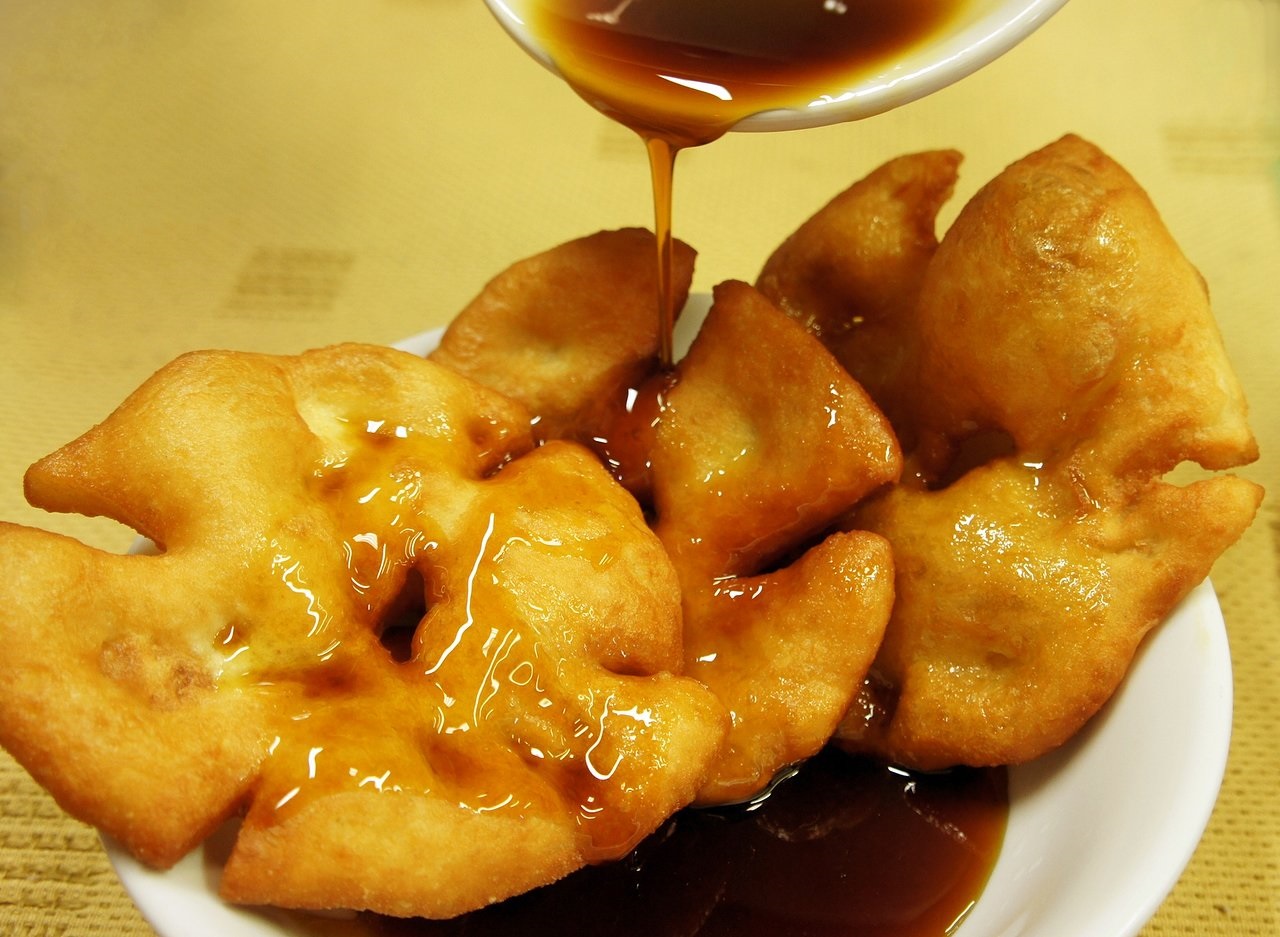 14 of the Best Ecuadorian Desserts 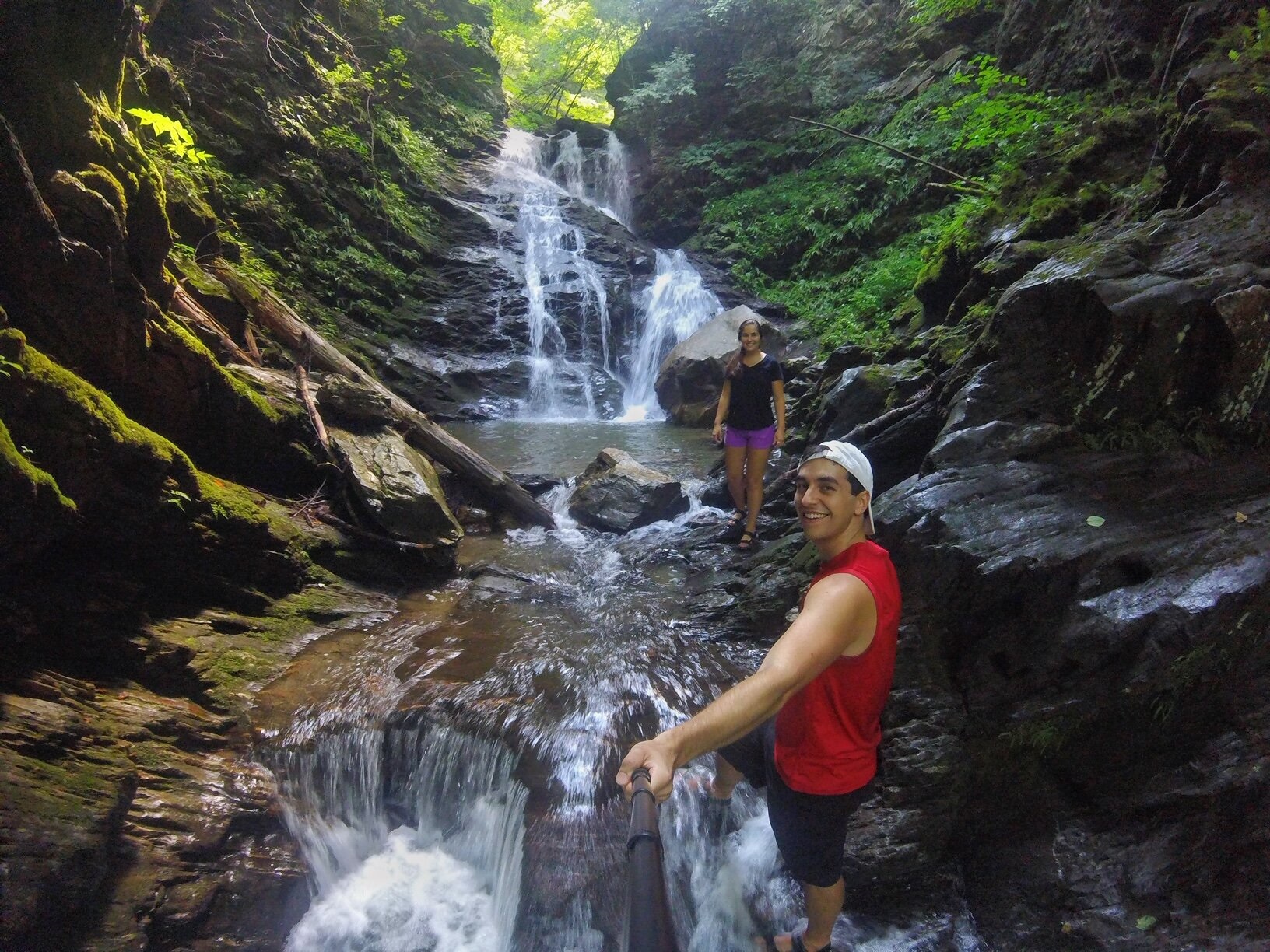 16 Beautiful Waterfalls in Massachusetts for a Relaxing Holiday 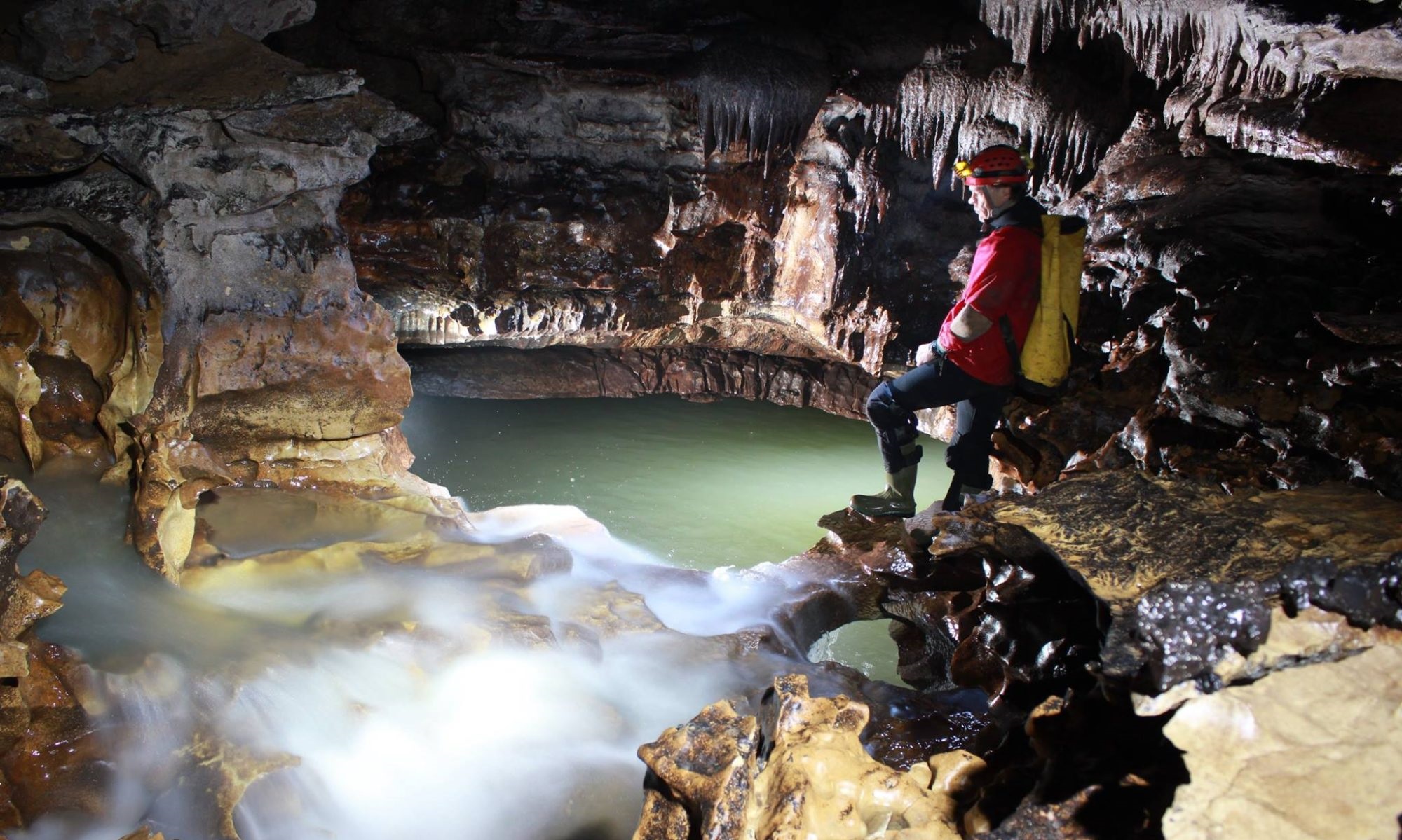 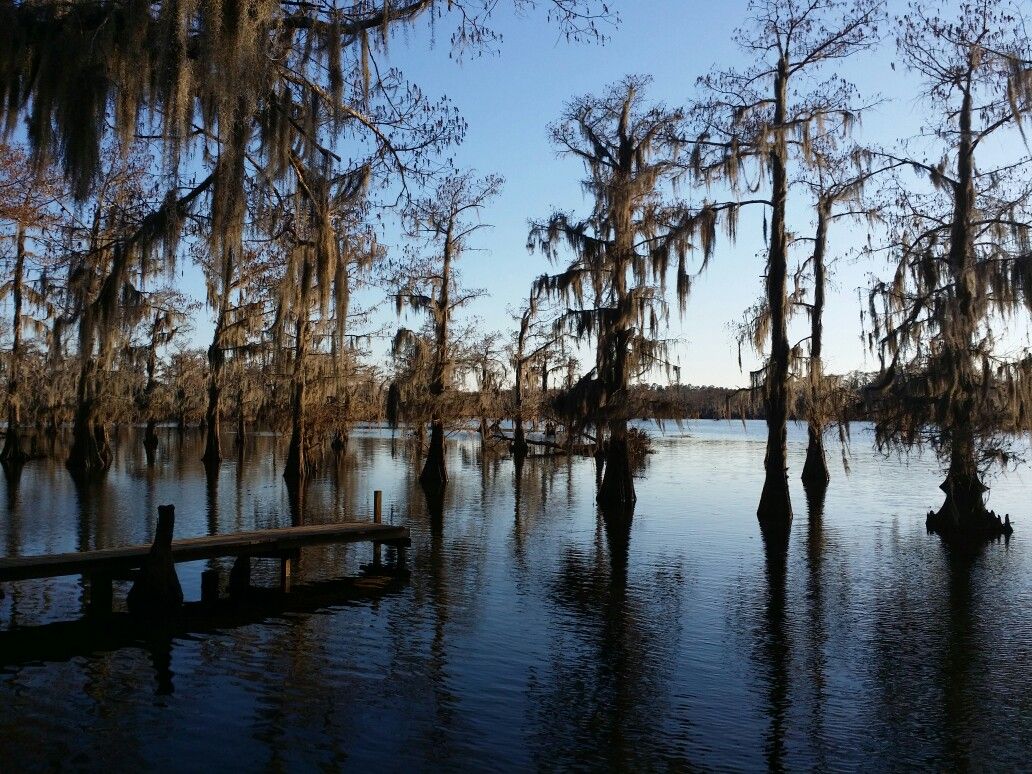