Typically, desserts in Norway play a significant role during the Christmas season or other special occasions. From cookies to cakes, they range from light and fluffy delights to rich and flavorful ones. With cinnamon and almonds as common ingredients, they add a nutty flavor to them. A mouthwatering and fulfilling treat, Norwegian desserts mostly team well with steaming beverages of either coffee or tea.

Kransekake is a traditional dessert created by stacking several ring-shaped cakes to form a tower. They are flourless, made only from grounded almonds, egg whites, and sugar. After preparing them in concentric rings, a royal icing or almond paste keeps holds them together, saving the tower from toppling down.

The people of Norway, Sweden, Denmark, and Finland enjoy them on special occasions like Christmas, weddings, and baby showers. Many surprising treats often remain hidden in the center, from chocolates to candies.

Krumkake is authentic Norwegian rolled wafer cookies. Flour, eggs, sugar, vanilla, butter, cardamom, and baking powder go into preparing its batter. When placed into a krumkake iron, beautiful imprints appear on them. Once baked, they are immediately rolled up and filled with whipped cream.

These sweet and crispy delights, sprinkled with powdered sugar on the top, are one of the favorite Christmas cookies.

This sweet dish includes fresh milk simmered for a long time to form a brownish-colored cheese. Of the other variants, one is the porridge-like texture where milk is boiled with oats or rice. Adding raisins, cinnamon, and cardamom can be an excellent option to enhance the flavor. Depending on one’s choice, the consistency may vary from thin to thick. Apart from savoring it as a dessert, it serves as a smooth spread on bread slices, waffles, or lefse, a soft Norwegian flatbread.

These well-known Christmas delights are fried little doughnuts made with a thick batter. Cardamom and cinnamon added to the batter give it a spicy flavor, while lemon or orange zest makes it slightly tangy. Though typically served plain, the modern versions have toppings of icing glaze or cinnamon dusting. They are also a common find in bakeries or with street vendors, especially during the festive seasons. Another variant, hjortetakk, meaning deer antlers, is quite similar in taste but shaped differently.

Originating in the Kvæfjord’s island of Hinnøya, this typical Norwegian cake is often referred to as ‘verdens beste’ or ‘the world’s best.’ It consists of layered cakes baked with meringue, prepared from egg whites, sugar, salt, and almonds. Fillings of vanilla custard and whipped cream also go inside it. Soft and spongy yet fulfilling, the cake is an instant hit during celebrations like weddings, anniversaries, birthdays, and so on.

Sandkaker, also known as sandbakelse, are authentic Norwegian cookies typically savored during holidays. Butter and flour are blended well until the dough attains a crumbly texture before adding eggs, sugar, and almonds into it. After refrigerating for an hour, it is pressed into traditional sandkaker molds to give it a hollow shape. Once baked till golden brown, they taste best at room temperature.

This Scandinavian dessert has three common ingredients seen in most Norwegian desserts, breadcrumbs, whipped cream, and fruits like apples or plums. The fruits are boiled with sugar, lemon juice, raisins, and rum until softened. On the other hand, the breadcrumbs are stirred with butter, cinnamon, and sugar till they’re golden brown. Layers of the fruit compote, breadcrumbs, and cream are put alternatively in a glass or bowl and garnished with pieces of almonds or hazelnuts. Sweet and crunchy, the tempting dessert tastes good when served chilled.

This delicious tart is a favorite among many. Also, going by Royal Cake or Prince’s Cake, the smooth dough contains a rich and flavorful filling of cardamom-scented almond paste. In other variations, fruit jams or cherry pie fillings replace the almond fillings. Traditionally it is served on holidays, best paired with a cup of hot tea.

These sweet and spicy cookies are almost similar to pepperkaker, a Norwegian gingerbread. It gets its brownish color mainly from a dark inverted sugar syrup called mørk sirup in Norway. Other ingredients added to the pastry dough also responsible for its spiciness include ginger, cinnamon, and ground black or white pepper. These cookies are an essential Christmas treat shaped into attractive diamonds with a half almond pressed in the center.

More widely known as Mor Monsen, this classical Norwegian cake has flour, eggs, butter, baking powder, and lemon zest as its main ingredients. After spreading the batter evenly in a baking pan, toppings of dried currants, almonds, and sugar are added and slightly pressed before putting it into the oven. Once baked till golden brown, the moist and rich cake is cut into square shapes. Another Christmas delight, serving it with tea or coffee, is customary in most Norwegian households.

Julekake or Norwegian Christmas bread resembling the British fruitcake is much easy and quick to prepare. The yeast-leavened dough is made rich and aromatic by adding cardamom, raisins, and little pieces of candied fruits. Though traditional versions had rye bread, the modern ones mainly have white flour in them. It can be made more flavorful by adding orange or lemon peel into it.

Though similar to the Norwegian Goro cookies that are baked in an elegant ornate cookie iron, these traditional sugary delights are simply fried. Perhaps this simplified cooking process has earned the name Fattigman which means ‘poor man’ in Norwegian. Its main ingredients include flour, eggs, melted butter, whipped cream, sugar, salt, grounded cardamom, and baking powder. After slicing them into diamond shapes, a unique knot is created and garnished with powdered sugar.

These sweet butter cookies have a twisted shape similar to pretzels. Hard-boiled eggs-yolks, raw egg yolks, flour, butter, sugar go into its making. Before baking, they are brushed with an egg white-coating, also sprinkled with pearl sugar. Once baked until lightly golden, they are served at room temperature alongside any hot beverage.

This Norwegian pudding is a comforting sweet dish, especially during winter. The word Rømmegrøt is a portmanteau of romme and grot meaning sour cream and porridge. Hence, this porridge, prepared in every Norwegian household, has sour cream, flour, butter, sugar, and salt as its main ingredient. Drizzled with melted sugar and sprinkled with powdered sugar and grounded cinnamon, this rich and flavorful dessert is usually served in small cups.

Whether visiting Norway in the festive season or not, these traditional sweet delights are a must-try for all the sweet lovers. Many more such delicious desserts exist for satisfying your sweet cravings, like Oslo Kringle, Norwegian fastelavnsbolle, and so on. 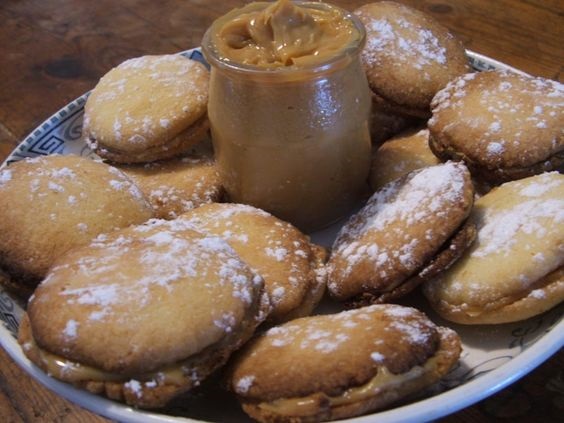 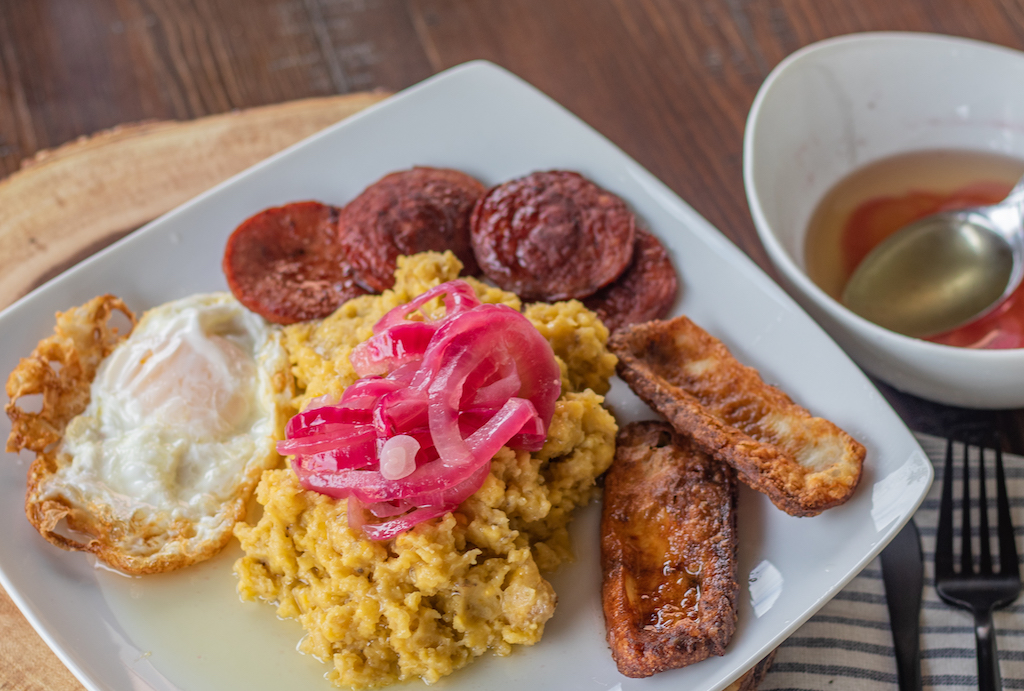 17 of the Best and Most Popular Dominican Republic Foods 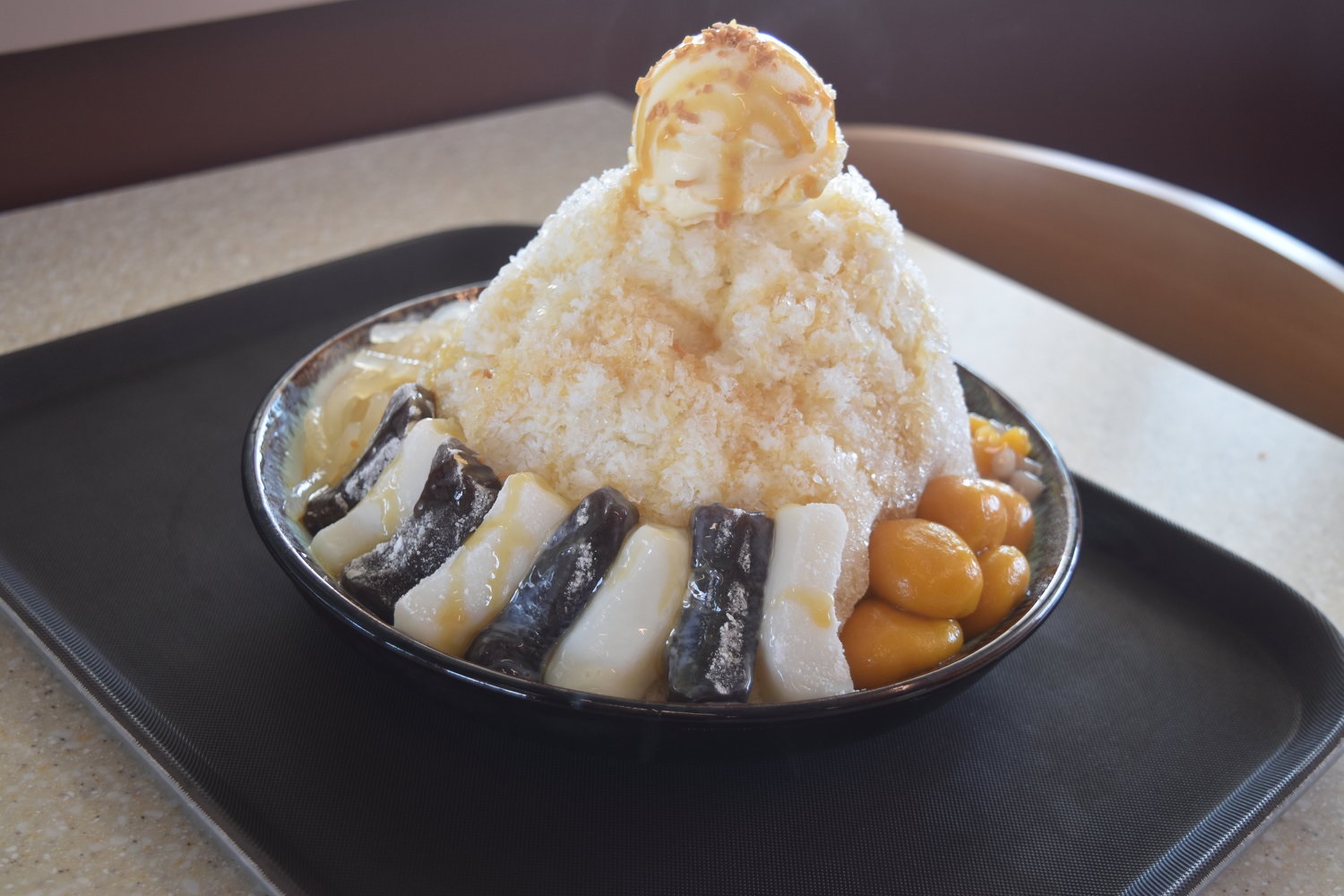 12 Mouthwatering Taiwanese Desserts to Savor On 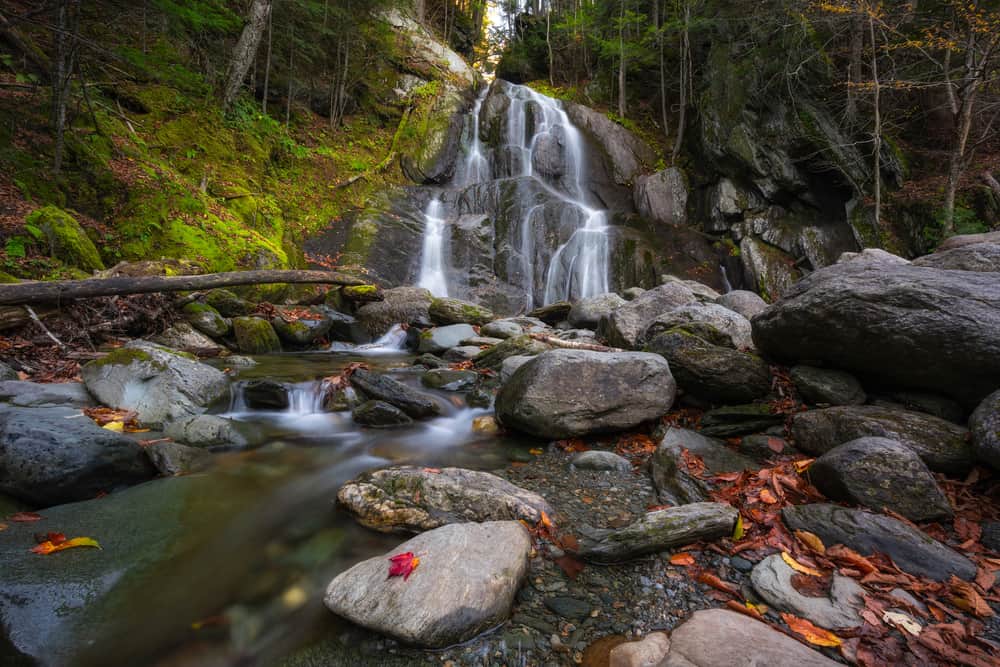 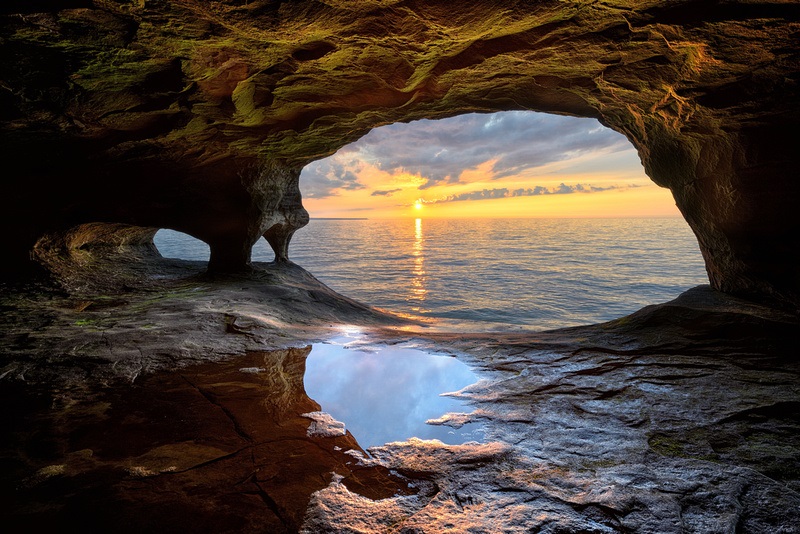 9 of the Best Caves in Michigan for an Ideal Adventure