11 of the Best Colombian Foods to Make You Feel Famished

Colombia, a Latin American country, is unique and versatile when it comes to a list of mouthwatering cuisines, both veg and non-veg. Cereals like maize and rice, tubers such as potatoes and cassava, legumes,  meat products like pork, beef and chicken, and also a whole lot of tropical fruits like guava, soursop, and blackberry form an integral part of their diet. Let us take a look at the list of favorite foods in Colombia. 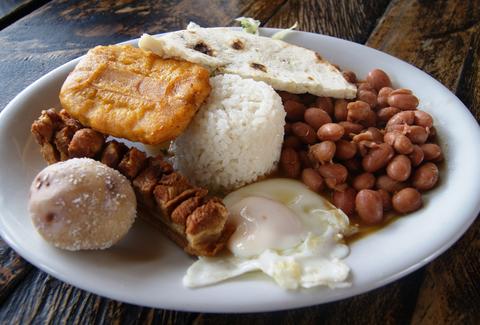 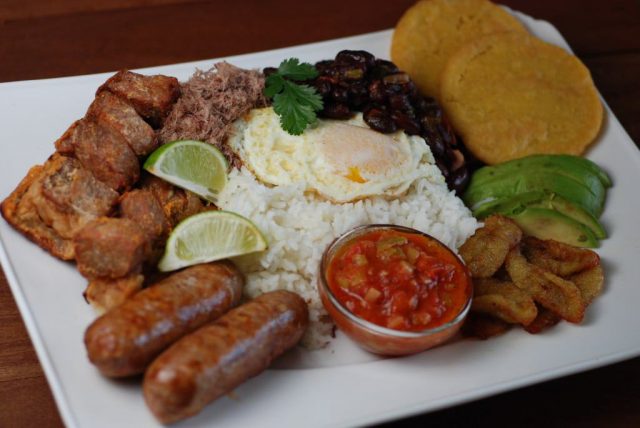 What is it: One of Columbia’s popular meals, comprising of white rice, red beans, cooked pork, fried egg, carne molida or ground meat, plantain, arepa, chorizo, black pudding, hogao, avocado as well as lemon wedges. This dish derives its influence from different cultures which inhabited Colombia over the centuries. While Bandeja is the Spanish word for the platter, Paisa refers to the inhabitants of the Paisa region (of northwestern Colombia). It has also been referred to as the “peasant food” since this was initially a dish of the farmers. Traditionally it was served in a big-sized, oval tray as a lot of food is involved in this platter.

What does it taste like: Rich and crispy because of pork and fried eggs. Arepa enhances its sweetness, while hogao makes it spicy. The sliced avocado gives the dish a nutty and buttery feel. Bandeja Paisa would make for a sumptuous meal, and one should have it empty stomach lest it may be too much to handle! 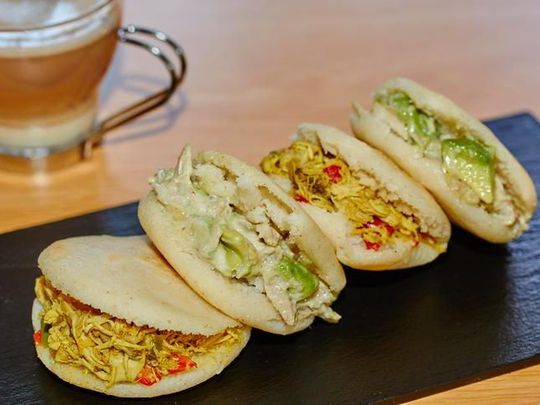 What is it: One of the signature foods of Colombia as well as Venezuela, it is a smooth, round-shaped unleavened dough, prepared from maize kernels. The stuffings differ from one country to the other. In Colombia, the arepa has a thin texture, having a layer of cheese or an egg topping. In Venezuela, it is thick, stuffed with meat and veggies, consumed as a sandwich. Of the different kinds of the arepa, some of them include arepa reina pepiada (made of chicken salad and avocado), arepa domino (stuffed with black beans and white cheese), and arepa de queso (stuffed with white cheese). Each year the Arepa festival is celebrated in Colombia in five of the major cities, namely, Cali, Bogota, Medellin, Bucaramanga, and Barranquilla. Arepas sold as street foods are thick and highly flavorful.

What does it taste like: It is slightly sweet, though the flavor would vary according to the fillings. A cup of tea or coffee would make it a complete breakfast food. 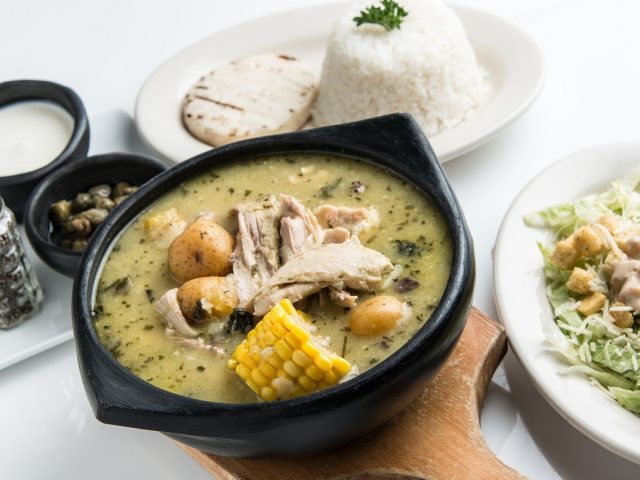 What is it: A delicious soup, famous not just in Colombia but also in Peru and Cuba, with its origination being a subject of debate among scholars. Of all the places, it is immensely popular in Bogota, Colombia’s capital city, prepared using chicken, three varieties of potatoes, as well as an aromatic herb. Avocado, corn, capers as well as sour cream goes into its making,

What does it taste like: A holiday food, mainly eaten during Christmas, ajiaco has a distinct flavor, and the amalgamation of different ingredients make it feel merely unique. Creamy (avocado), crunchy (corn), pungent (capers), and buttery (papa criolla) are the prime flavors. 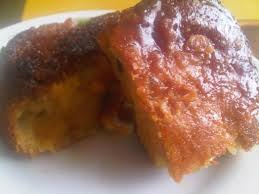 What is it: A delicious vegan cake, prepared from ripe plantains, guava paste, ground cinnamon, mozzarella cheese, and eggs. The plantains for making this dish needs to be mature and spotted heavily.

What does it taste like:  Served as a side dish, the sweetness of the plantains and guava paste turns this into a lip-smacking dessert. 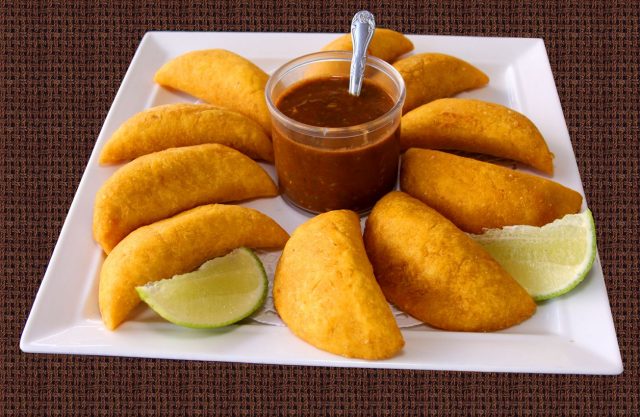 What is it: A fried or baked pastry prepared by folding the dough and stuffing it with a host of ingredients like cheese, meat, and corn.

What does it taste like:  The exterior is crispy while the inside of it is soft and creamy. 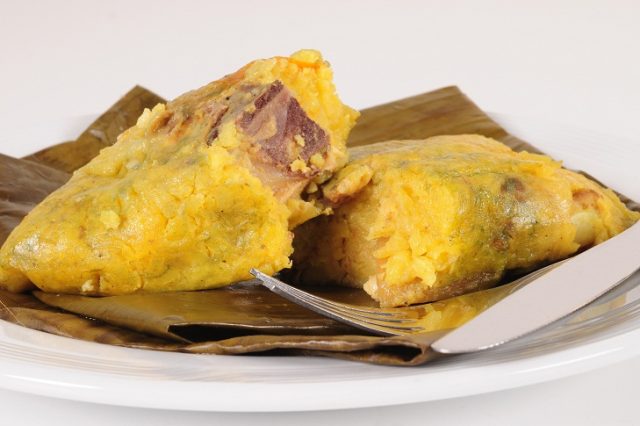 What is it: One of the traditional breakfast foods of Colombia, prepared from masa (dough of rice or corn) with fillings of cheese, meat, vegetables, fruits, and chilies. After stuffing the paste with the ingredients, they are wrapped in a plantain leaf and then steamed for many hours in a big pot. In Bogota, they are either round (like a bulb) or rectangular.

What does it taste like:  Fresh, sweet, and crispy, though the taste may vary with the fillings. 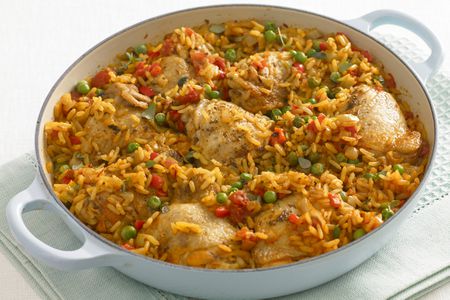 What is it: A cuisine of Spain as well as several Latin American countries, including Colombia, it is a preparation of rice and chicken, alongside a whole lot of veggies, and spices. You can eat it as a main course meal, served with sides like fried plantains, salad, pickled onions, slices of avocado, or even a hot sauce.

What does it taste like: It has a rich and fulfilling taste, while the addition of spices and sauces enhances its tanginess. 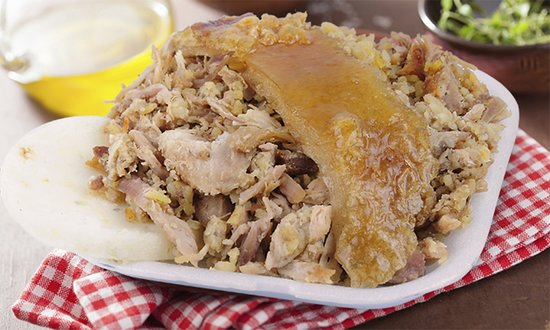 What is it: A product of Central Colombia’s Tolima Department, it is a rich dish of whole pork with stuffings of rice, spices, and peas. Traditionally it was cooked outdoors on a brick oven for approximately 10 hours. Many team it with arepas and salads.

What does it taste like:  Chewy and juicy, with the addition of spices intensifying its taste even further. 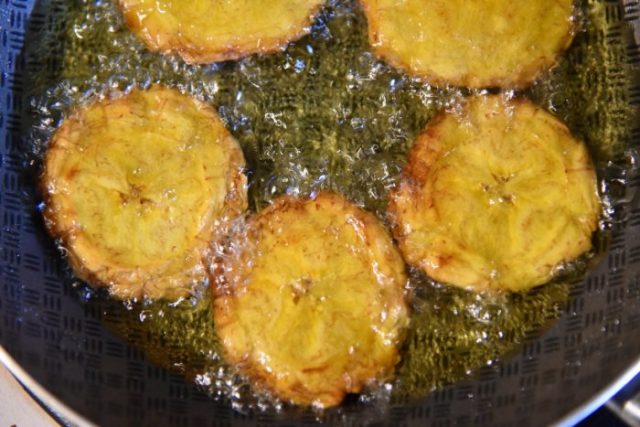 What is it: Alternately known as tostones, it is a crispy savory made by shaping green plantains into a flat patty and deep-frying them. Sold in most street stalls at a low price, they often have a topping of avocado or are served with a spicy hogao made with onion and tomato.

What does it taste like: Warm, chewy, and crispy, while the addition of a tangy sauce could make it spicy. 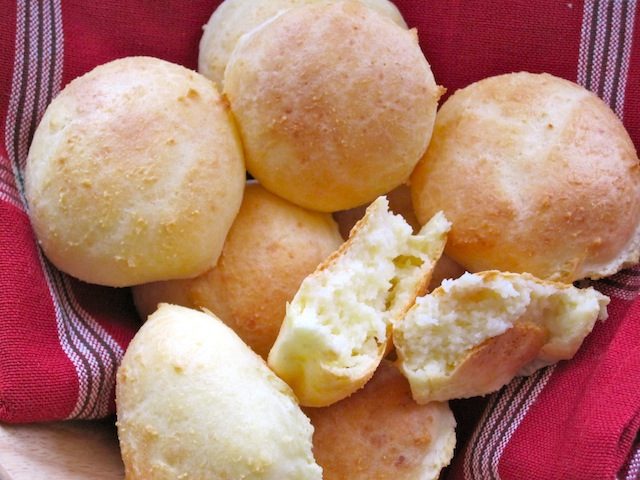 What is it: A variety of Colombian bread prepared from corn flour, cheese, cassava starch, eggs, and also a dollop guava jam.

What does it taste like: Smooth, soft, and cheesy, it would feel the best when served warm for breakfast or dinner. 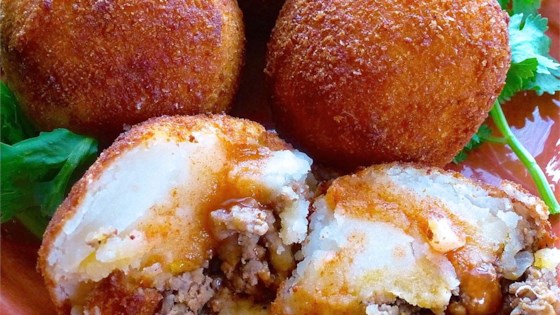 What is it: Stuffed potatoes having a filling of meat or veggies, while some even prefer adding rice and cooked eggs to it.

The list provided above is just a small number of the delicious foods of Colombia. It boasts of other dishes like cuchuco, fritanga, suero, Arroz con coco, and so on. 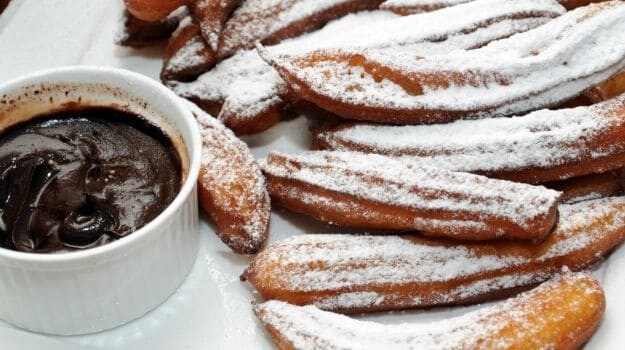 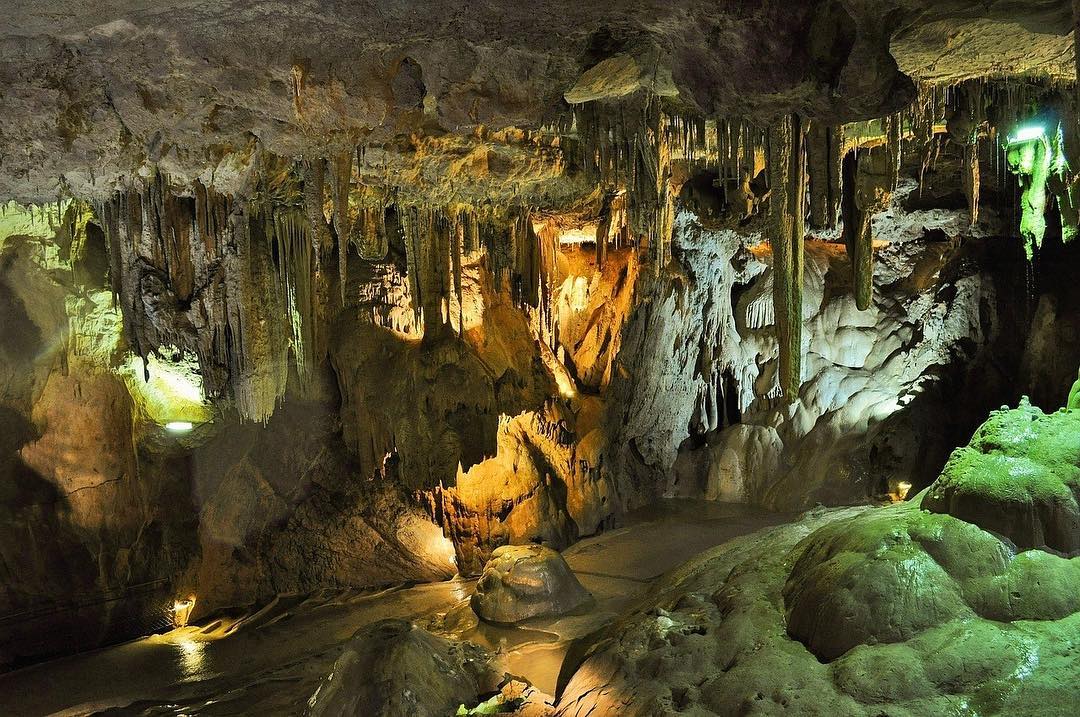