Vietnamese food stands out because of the distinctive flavors each dish generates. They make generous use of vegetables, fruits, meat, seafood, and condiment, the fish sauce is the most prominent in this regard. What adds a unique aroma and flavor to the platters are the herbs and spices like lemongrass, mint, basil, and cinnamon. Noodles and soups form the most prominent parts of Vietnamese cuisine, besides the delectable spread of salads, sandwiches, and pies.

Goi cuon is a delicious spring roll having fillings of vegetables, minced pork, prawn, shrimp, and bun or rice vermicelli. Since wrapped in rice paper roll, locally called bánh tráng, these spring rolls are translucent. Popular as an appetizer, sitting in the menus of most Vietnamese restaurants, these cigar-shaped rolls are mostly served cold or at room temperature.

While goi cuon is prepared fresh, chả giò, the other spring roll variety, is fried. Dips like peanut or fish-based sauces mostly go as accompaniments.  They are not Vietnam’s traditional platter but introduced to the country by the Chinese immigrants. It has a balanced taste, with the softness of meat, crispiness of the several veggies, and spiciness of meat blending fabulously.

A French baguette stuffed with a sumptuous filling of greens, pork, pickled daikon, and carrots, coriander leaf, and cucumber is all that Banh mi is about. Though pork is the primary meat choice, other options include beef or chicken, or even fish. A good portion of mayonnaise and chili enhances its creaminess and spiciness. Banh mi makes a famous breakfast platter and sought-after street food found in almost every corner of the country.

They are tasty rice pancakes, made from a batter of rice flour and water, alongside turmeric powder attributing to its yellow coloration. Fillings could include a whole lot of things like prawn, pork, shrimp, green onions, bean sprout, and mung beans. It is then pan-fried, the outcome being a golden-brown crunchy savory pancake. Banh xeo is folded in half and served along with mint and lettuce leaves, as well as nuoc cham, a spicy-savory sauce.

Coming to its name, banh refers to cake, and xeo translates to sizzle, justifying the sizzling noise emitted by the rice batter when poured into the skillet. The taste is a blend of too many things varying from crispy to soft, sweet to spicy.

If noodles and pork both are your favorites, then bun cha is the perfect dish to taste where you would find a blend of the two. While ‘cha’ stands for the grilled pork, ‘bun’ is the cold rice noodles with which the meat is served. Accompaniments include herbs, pickled veggies, bean sprouts, and dipping sauce. Though famous as street food throughout the country, it is the specialty dish of Hanoi. While in this platter, the noodles and rice come separately, in bún thịt nướng another version of this dish, the ingredients are similar but served together. Hanoians have a unique way of eating bun cha, picking up the noodles with chopsticks, dipping them in the sauce, and then having the herbs and meat simultaneously.

Cao lau is also another noodle–pork combination with a difference in the serving pattern. The rice noodles are arranged in a bed of herbs, bean sprouts, and fresh greens with fried pork sliced and shredded, scattered on top. The addition of a particular portion of broth helps to wet the noodles. Finally, a garnish of herbs, lime wedges, and chili completes this dish.

The dish has its roots in Vietnam’s Hoi an. As legend has it, authentic cao lau is prepared from the Ba Le well’s water attributing to its soft, chewy texture.

Chaca is one of Vietnam’s famous seafood dishes, originating in Hanoi. The main ingredient of this platter is white fish, marinated in ginger, turmeric, garlic, and a spicy fish sauce. It is then served over rice noodles, with dill and spring onion also included in the bowl, besides a garnish of peanut scattered on top. The taste is a blend of sweet and sour, while the fish’s flaky texture makes eating it a lot easier.

Mi quang is a noodle dish of Vietnam originating in the country’s Quang Nam Province. It is an amalgamation of rice noodles, herbs and meat, poured with a dollop of broth infused in turmeric on top. The meat that goes into making this dish includes shrimp, chicken, pork, or beef, either added individually or a combination of one or two of them. Garnishes of sesame rice crackers and peanuts make mi quang slightly different from other noodle dishes. At the same time, soy and chili sauce seasonings add to its heat. An excellent choice for dinner, mi quang can also go as a salad minus the broth.

Com means cooked rice, while tam translates to broken rice grains. In fact, in the past, when the farmers were unable to sell off the broken grains, they had no other option than to cook and eat them. Cut to the present times, unbroken rice has become a dish by itself topped with grilled pork that sometimes may even be shredded or steamed. At the same time, fish or fried eggs are the other alternatives. Sprinkling fresh herbs, spring onions, and lime juice completes this mouthwatering dish. The smokiness of the meat, combined with the soft nutty texture of broken rice, takes this dish’s taste to another level.

This is one of Vietnam’s unique soups, having an assortment of flavors from sweet to savory depending on the ingredients involved in its preparation. Besides fish, the other stuff includes pineapple, bean sprout, tomato, and a broth seasoned in tamarind, which accounts for its sourness. The dish has various versions; the fish often replaced with prawn or squid. Garnishes of scented herbs, scallions, and caramelized garlic enhance its flavor further.

Banh chung is Vietnam’s festival food, mostly eaten during Tet or Vietnam’s Lunar New Year. The main ingredients include glutinous rice, fatty pork, mung beans, salt, black pepper, and green onions, prepared together and made into a cake. The main USP of this dish is its packing, as the rice-mung bean cake is wrapped well in banana leaves and tied with giang strings.

Goi is the authentic Vietnamese salad mostly made with cabbage, turnip, cucumber, kohlrabi, and meat like beef, pork, or shrimp. Condiments of herbs, pickled carrots, crushed peanuts, and cilantro, alongside seasonings of garlic, pepper, and salt, enhances its taste to the fullest. Goi has several versions like goi ga refers to the chicken salad, goi du du is the name given to papaya salad, goi tom stands for prawn salad, while goi bo kho is the dried beef salad.

It is a stir-fried water spinach dish cooked in the garlic clove, chicken stock, fish sauce, and oyster sauce; the outcome is a crispy delicacy with the nutty undertones of spinach dominating every bite, alongside the richness of chicken and spiciness of the sauces.

Banh bao is a large bun in the shape of a ball with a stuffing of meat, hard-boiled egg, vegetables, and mushrooms. A perfect choice for breakfast or a quick snack, it goes well with a steaming cup of coffee. Though an influence of China’s baozi buns, banh bao has authentic Vietnamese flavors in it. These delicious buns appear light and fluffy outside and soft inside, with the richness of pork evident in every bite.

This one is another delicious Vietnamese soup made by combining rice vermicelli and clear stock. Other ingredients include toppings of crab, fried tofu, alongside a tamarind paste that adds to its sourness. Its fresh taste makes it’s a perfect summer dish, also sold in most Vietnamese restaurants.

This is a classic caramelized pork dish prepared by braising small pork chunks in caramel syrup and fish sauce. The addition of coconut juice and sugar to the liquid enhances the sweetness, giving the dish fresh and subtle flavor. Traditionally thit kho to was prepared by placing clay pots on charcoal grill. Though a common meal eaten in most South Vietnam homes, it is a part of the festival dishes eaten during Tet or Lunar New Year. On the auspicious occasion, families offer thit kho tau along with other foods to the departed souls and then have it.

Bun bo hue, alternately called bun bo is a rice vermicelli-beef soup originating in the city of Hue, Vietnam’s former capital. The star of this dish is lemongrass, accounting for its citrusy, aromatic flavor. The addition of seasonings gives it a complex taste, as shrimp sauce enhances its saltiness, sugar makes it sweet, and chili oil adds to its heat. It is mostly served along with cilantro sprigs, sliced onions, banana, and mint leaves.

These are enticing rice cakes made by filling a batter of rice with minced pork, mushrooms, and shallot. A Northern Vietnam specialty this is a sought-after breakfast dish throughout the country. Besides Vietnam’s traditional fish sauce going as an accompaniment for most dishes, other sides for this platter include cha lua or pork sausages, bean sprouts, and sliced cucumbers. The dish generates a mild, earthy flavor, with the richness or the meat dominating every bite.

Banh beo, another of Hue’s dishes, is a rice cake with toppings of scallions, chopped shrimp, mung bean paste, as well as fish sauce. One of Vietnam’s famous street foods one could eat it for lunch or even dinner. This dish has several versions varying from one region to the other. For instance, banh beo in Quang Ngai has pork and shrimp paste as a topping, while in the southern parts of the country mung beans is added to intensify it sweetness. It is served in small dishes, eaten with a chopstick or spoon, and teamed with black or green tea or even coffee.

It is a sticky rice dish with toppings of boiled or fried chicken. Traditionally banana leaves were mostly used for serving this platter. Xoi ga has several variations, where the rice could be flavored or fried, besides the addition of fresh veggies and pork. This too is one of the cheapest street foods for one to afford, though it has even made its way to the menu cards of restaurants.

Pho pronounced as fuh is a north Vietnamese cuisine, now a national dish of the entire country. It is a noodle soup platter, with a light chicken or beef broth seasoned in coriander or ginger forming the base, to which the noodles, meat chunks, spring onions and veggies are added. A dash of lime, and chili flakes on top gives it a sour-spicy taste. The preparation of the dish differs a little in the northern and southern parts of the country. The northern pho appears more simple, just a clear broth. Down south it is sweeter having more garnishes and herbs.

Cha gio, fried spring rolls, comprises ground meat encased in rice paper and then fried. One could have it without any sides or team it with fish sauce or other spicy dips.

Besides the savory and spicy dishes, Vietnam is popular for its unique spread of desserts mostly made with rice and mung beans that you ought not to miss when you visit the country. 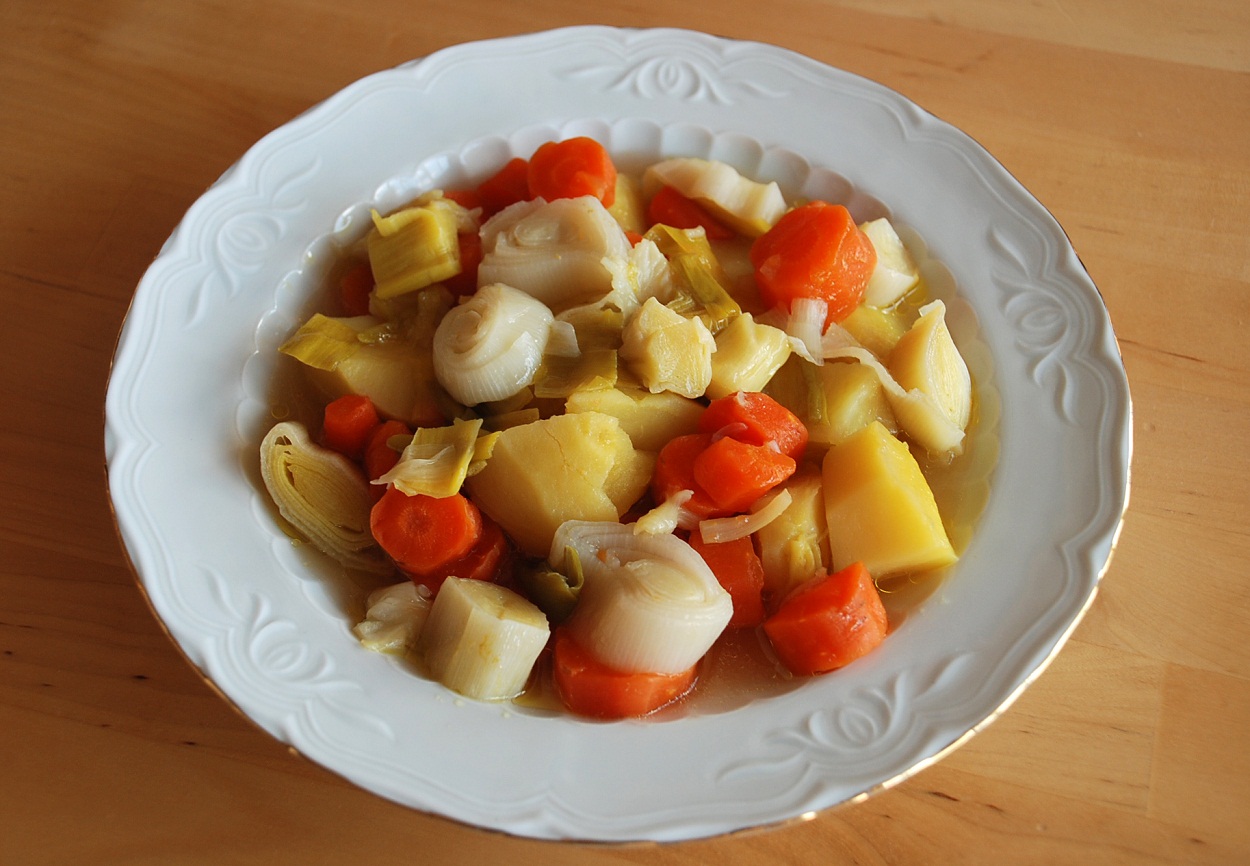 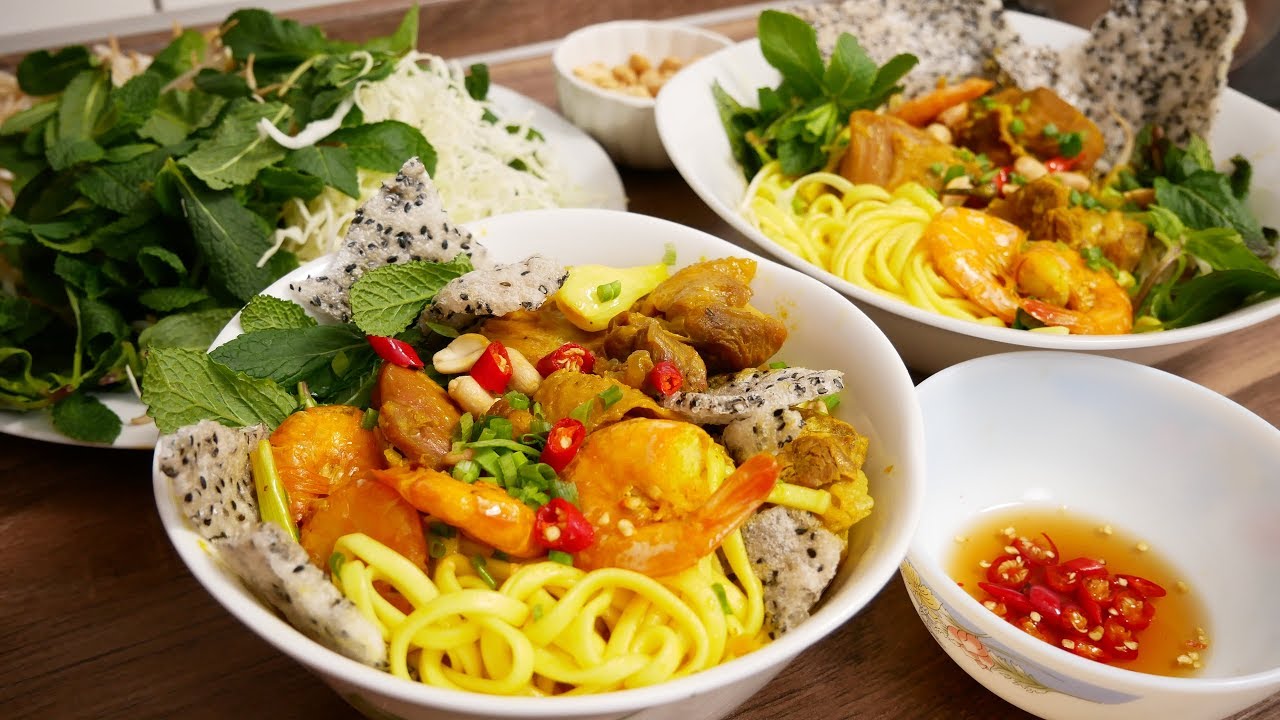 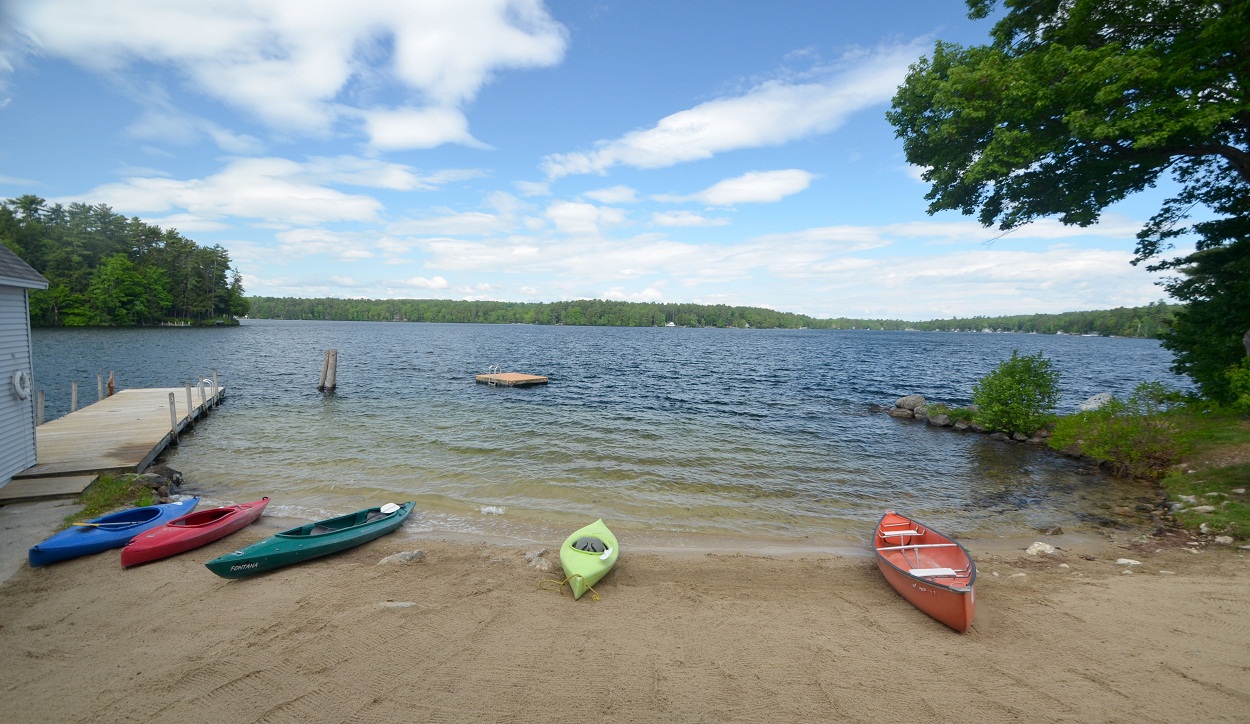 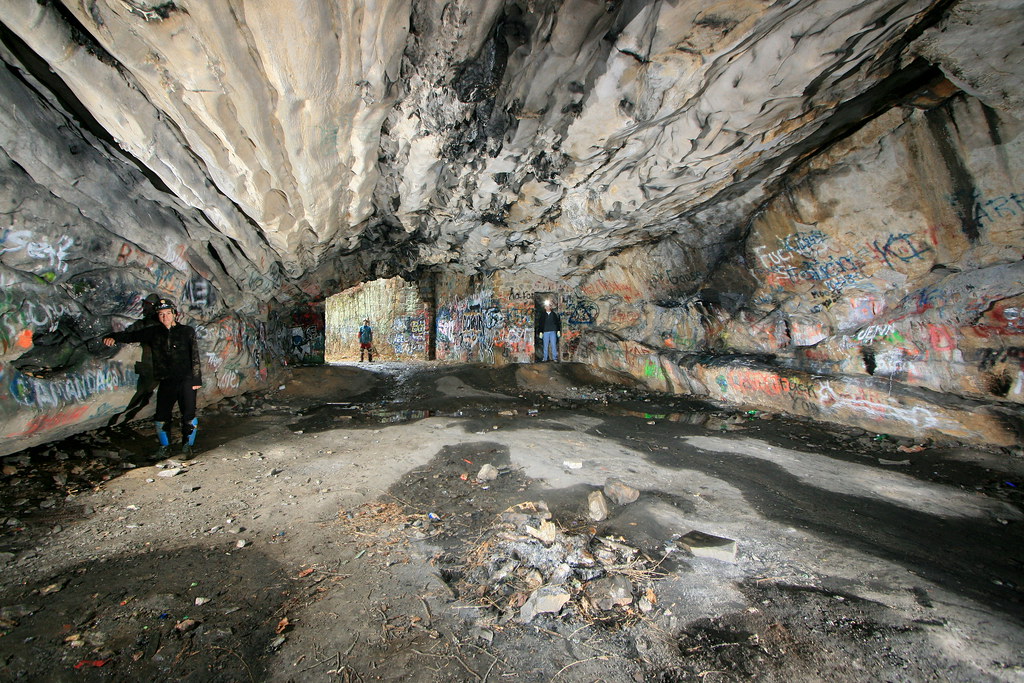 15 of the Best Caves in Alabama for Some Exciting Adventure 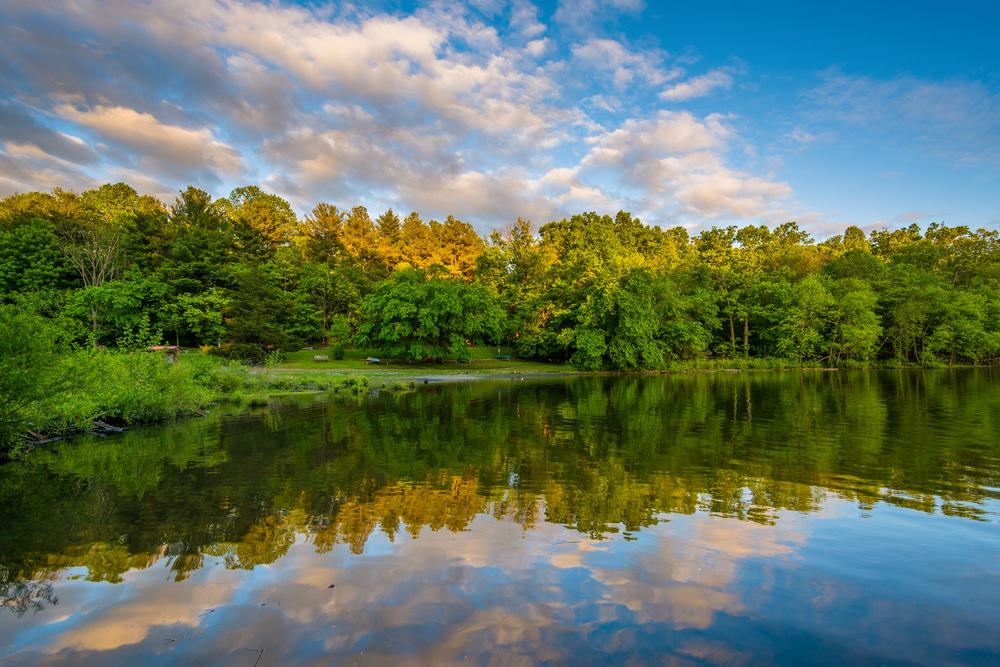 17 Best Lakes in Maryland for a Mesmerizing Experience

17 Best Lakes in Indiana for An Ideal Getaway