11 Macedonian Foods to Remind You About Balkan Flavors

Macedonian foods are a product of the province of North Macedonia. The region has multiple dishes that speaks volume. The Mediterranean influence on the cuisine is quite prominent that you can realize every time you have any Macedonian food. 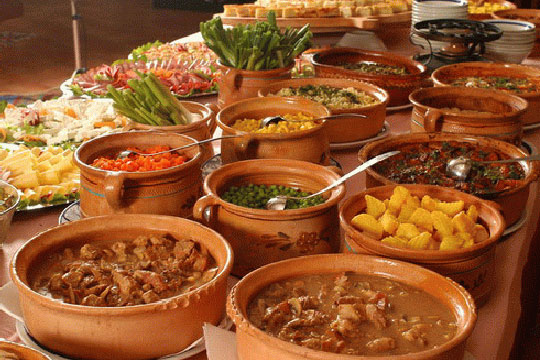 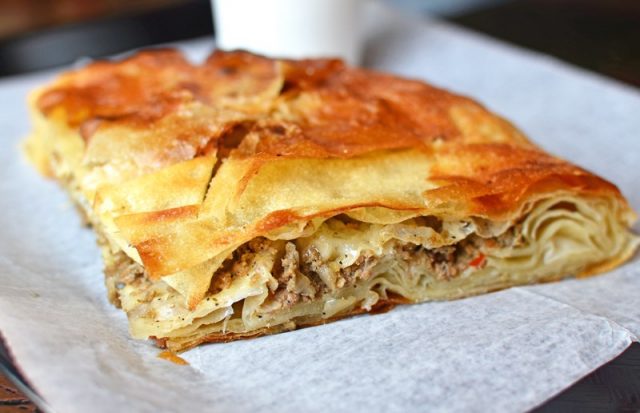 What is it: A pastry item filled with meat and spices. Instead of meat, spinach or other stuff are used for the vegetarian version. It is also an important part of the yesteryears Ottoman Empire.

What does it taste like: This fast food is crispy, filling, and the taste of sesame seeds as sprinkled on the burek is major.

What is it: Grilled or kebab meat preparation that is made of minced meat.

What does it taste like: The chewy kebabs are mostly served on a flatbread. Since they are small and tasty, usually five to ten pieces are given. The choice of meat depends on personal preferences. 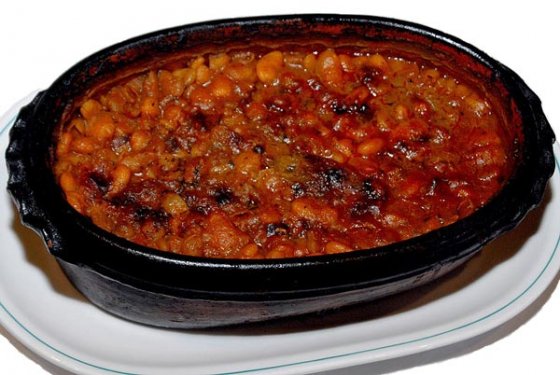 What is it: It is basically a bean soup that is generally consumed as a veg preparation, but meat can be incorporated as well. This is a typical dish from the Macedonian region.

What does it taste like: Fresh flavors of dried mint, garlic, and paprika accompany the sweet taste of the bean. 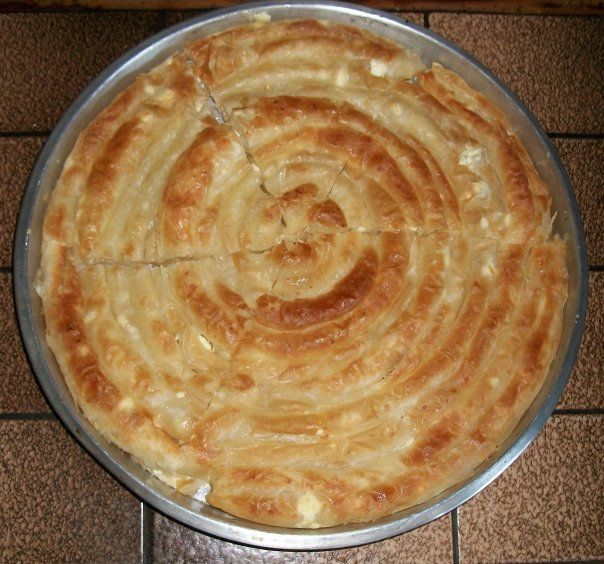 What is it: Pastry with a swirling pattern that is either golden brown or red in color.

What does it taste like: It is crispy and served hot and best goes with fermented milk. 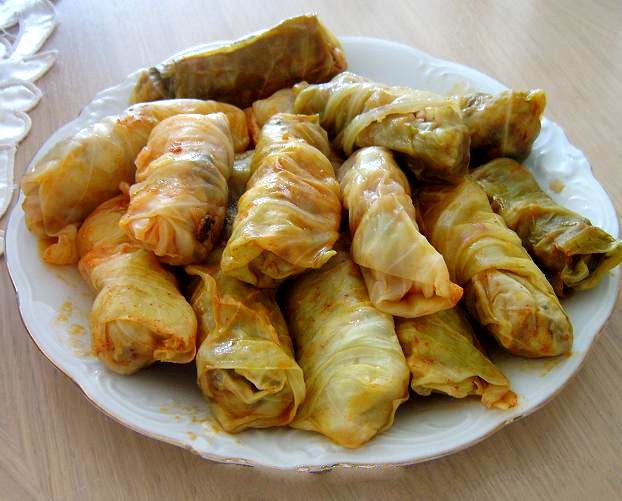 What is it: Small rolls wrapped with cabbage leaves and the filling is all about meat and spices. There are variations in terms of the stuffing as it could be based on pork or any other meat.

What does it taste like: The raw taste of cabbage leaves is the primary thing to realize at first, followed by rice as it is also one of the ingredients. Since it is dipped in tomato sauce and baked afterward, there is a strong taste of the sauce. 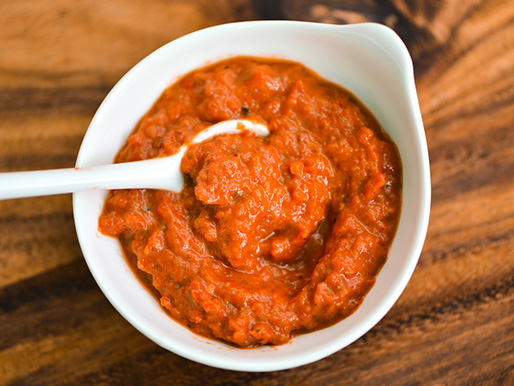 What is it: A condiment preparation that has red bell peppers as the main ingredient. It is usually consumed as a spread.

What does it taste like: The red bell peppers, eggplants, and wine vinegar create the most unusual yet enjoyable taste to have. Either with bread or with any rice-based item, you can have this. Depending on the way and items used for making the condiment, it could be either hot or sweet.

What is it: Rightly considered as the national dish of North Macedonia, the bean soup is popular in different countries as well like Greece, Mexico, Serbia, and the United States. Traditionally the item is cooked and subsequently served in a clay pot.

What does it taste like: The bean soup has a typical taste that is mostly due to the serving in the clay pot. 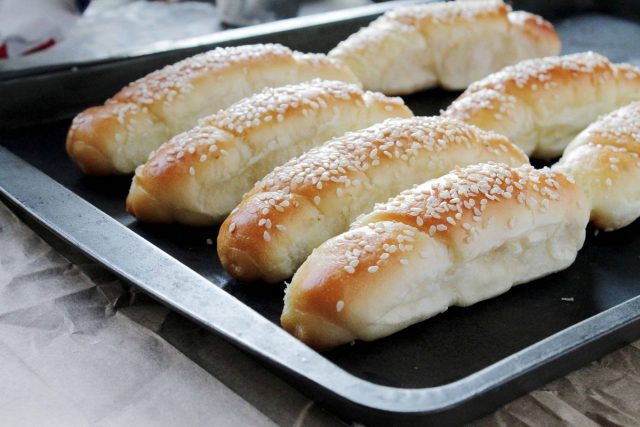 What is it: Golden-brown croissant rolls made of cheese, butter, flour, eggs, and sesame seeds. The popular thing is common during holidays, wedding, and any other celebration.

What does it taste like: This is soft with a flavor of sesame seeds on top and while biting inside, the cheese will welcome your taste buds. 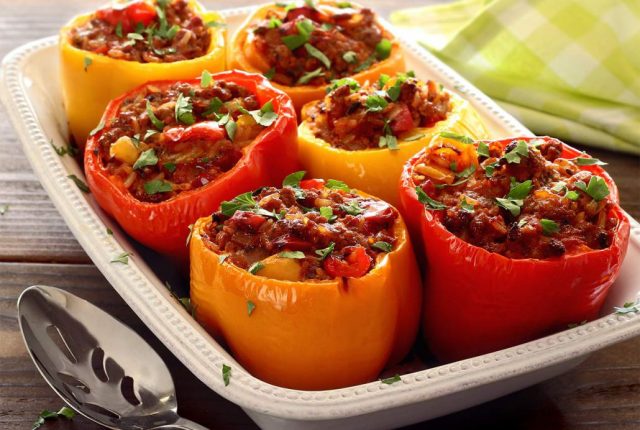 What is it: Bell peppers stuffed with meat and spices, sometimes rice is used as well.

What does it taste like: The wholesome roasted peppers give a taste of the spiced meat along with tomato sauce.

10. Turli Tava – A Macedonian Must Food 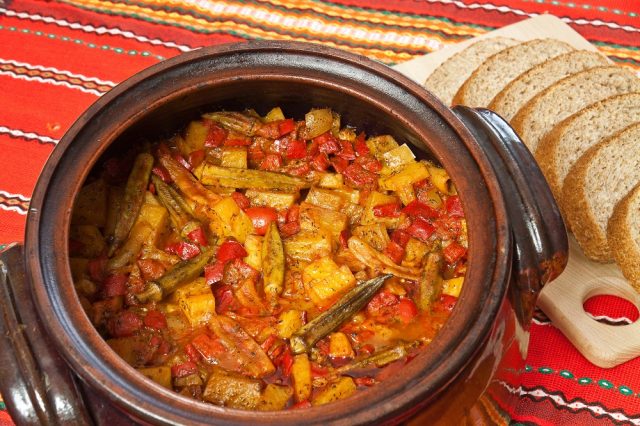 What is it: A meat and vegetable stew preparation that has got its name from Turkish words. While ‘turli’ means mixed ‘tava’ means pot.

What does it taste like: Meat, pork and beef do their part as far as enticing you is concerned. When it comes to vegetables, eggplants, carrots, okra along with potatoes and tomatoes are there to further enhance the flavor. 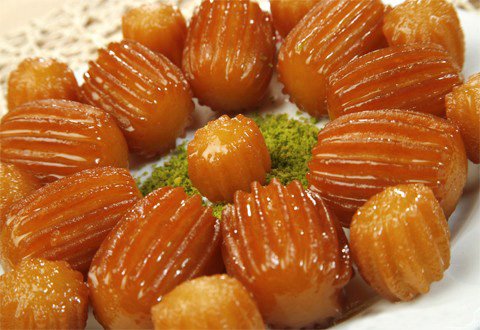 What is it: Deep-fried dough that is popularly consumed as dessert. In Armenia, the item is called tulumba or pump. Popular in other cultures like Arabian and Egyptian, the dish requires butter, flour, and syrup mainly.

What does it taste like: It is made hot, but served cold. The sweet syrup that is poured over it, makes the small tulumbas sugary.

The Balkan peninsula and its specific rhythm of life have been echoed by Macedonian foods and like always, the country has been inspired by many other countries’ ethnic cuisines.